Evidson is a new Indian audiowear manufacturer which has impressed a mass figure of customer with its audiowear that provide not only good sound experience but also at an affordable price. Evidson has launched a new audiowear under “Make In India” initiative which is Evidson B3 in-ear headphone.

Evidson B3 earphone: Price and Availability in India

The new Evidson B3 in-ear headphone with mic is available on Amazon with an offer price of Rs. 899 and carry warranty of 1year which is valid from the date of purchase. While it is originally priced at Rs. 1299. 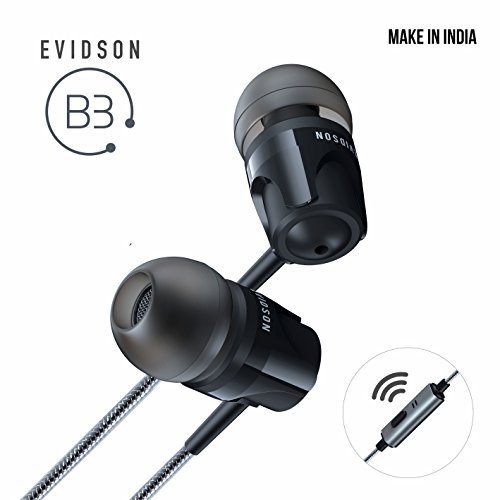 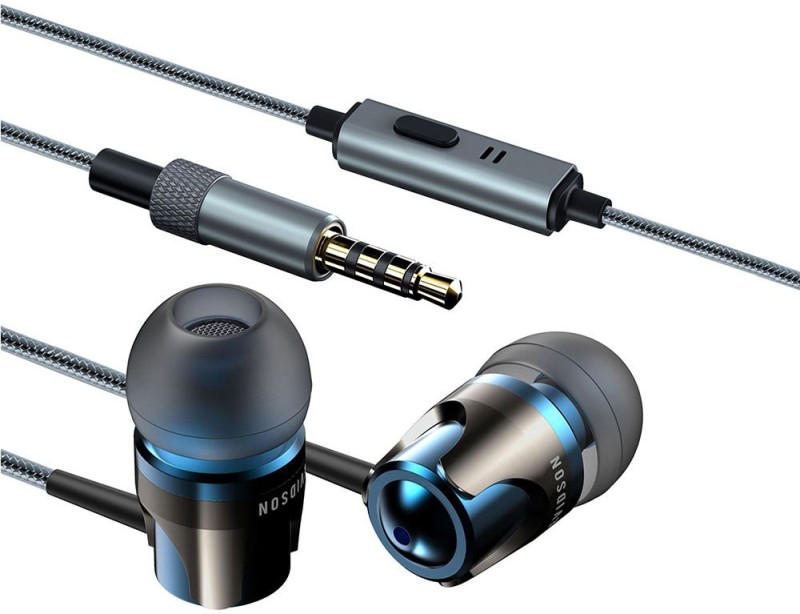 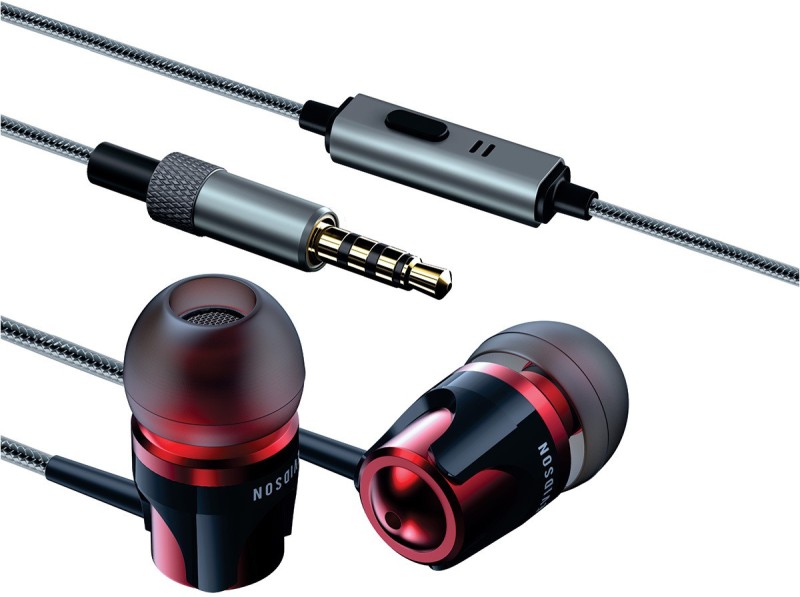 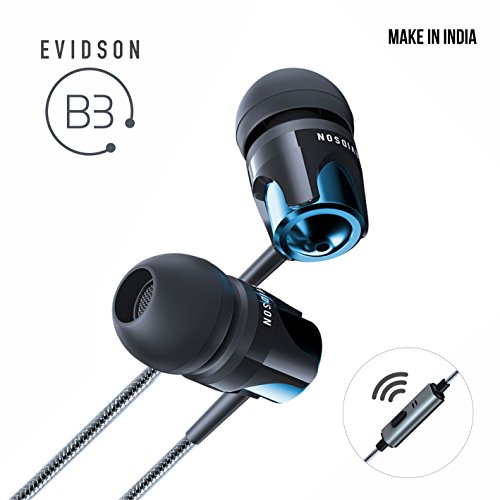 Now Let’s head toward the review of the new earphone from Evidson i.e., Evidson B3.

The earphone was encased in the box and I was impressed by the compact packing. Taking out the earphone from the box, amaze me little bit as the design of B3 earphone looks stylish and was bit different. Straight design of earpiece was not different but the difference was curvy design present between black and pink part of earpiece. The Evidson B3 has a metallic finish and designed in a way to fit in ear perfectly. Also, the fitness depends on what size of ear tip you use. So it is better to check what size of ear tip is suitable for you. The earphone falls off from the ears while doing exercise in gym or running outside.

On the wire of right earpiece, an in-line microphone with a single multifunctional button for accepting or rejecting calls; play or pause music and switching between tracks. Single button acting as a multifunctional button was quite confusing & if didn’t remember its working you will mistakenly change song track or reject calls. When on ending a call you have to long press the button whereas single click will mute the call.

Well, let’s move ahead to the wire used here. Moving from 3.5 mm jack to Y shape partition, the wire was thick whereas little thin from Y shape partition to the earpieces. These cables were smooth, strong, tangle-free and has adequate length to it. They can be easily rolled up and can be kept in jacket or trouser’s pocket without any trouble and tangleness. Also, the 3.5 mm jack was straight and gold plated. All in all, it has a smooth, sturdy and durable built with an exquisite look.

Well in our every review of any headphone/earphone we always recommend you to do the warm-up or burn-in of your headphone/earphone because doing this makes the driver ready for providing their best. You can do this by playing songs for the long period or else you can use some apps like Burn-in. Search it by name on Play store or download it from here- Burn-in app. So our further view on Evidson B3 is done after performing burn-in.

Before going to the detailed review, Evidson B3 is an awe inspiring news for all the EDM(Electronic dance music) and bass lover, that too at an affordable price. Neodymium HD acoustic drivers deliver an impactful, vivid and impressive sound. We played various Hindi, English and Punjabi songs of different genres(i.e. pop, rock, classical, metal, etc.) to test it. And Evidson B3 almost nailed it with its great sound quality and a power pact bass even at high volume. Moving on to its frequency i.e. lows and mids are crisp whereas the highs are powerfully audible. It doesn’t hurt even at high volume.

Now coming to the noise cancellation it does a decent job here. As while travelling day-to-day by metros it proves to be a great companion because it tries to block the outside noise/sound thereby making the dialogues clear and sharp. The more you use it, the more you’ll love it.

Evidson B3 provides it’s customers with great sound and powerful bass as well an impactful look at an affordable price. The unique tangle-free cable with a smooth finish in addition. The built and design is great in the given price range. The points which hold it back is decent noise cancellation the absence of volume rockers, & angle design of earpiece. Still finding right earphone or in-ear headphone- Top 10 Best Earphones to buy under ₹1000 in India (Depth Review)- January 2018.

So this was all and now let’s divide the full review of Evidson B3 in-ear Headphone into pros and cons.

Loading...
We will be happy to hear your thoughts

Best Smartwatches for iPhone that makes you more Smarter?

Best Smartwatches under 25000 in India

Best Smartwatch Under ₹5,000 that worth your Fit [Expert Pick]

5 Best Bluetooth Earphones Under 5000 in India